Many people ask “which is the best long haul airline?” and to be honest, there are several airlines that all offer great services and facilities. If you asked a large number of passengers who travel long haul on a regular basis with a number of different airlines, you would certainly receive mixed opinions. I would say that it would be very hard to say which ‘one’ airline is the single best airline and even the winner of the ‘best airline’ awards changes each year. Not only that, there are several different types of awards for different areas of air travel, which makes it even harder to specify and single out one out right winner. However, what I would say in answer to the question of ‘best long haul airline’ is that there are several airlines that offer very high standards. 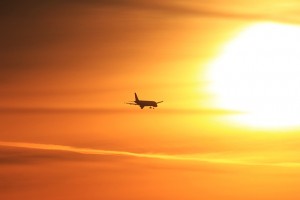 As I mentioned previously, if you were to ask a large number of frequent flyers which airline they thought was the best for long haul, you would receive mixed opinions. What you would also see is that the same select few airlines are consistently mentioned. With regards to long haul flights, there are a number of airlines that lead the way.

There is a very good reason why these airlines constantly crop up in conversation when people are discussing the best airlines for long haul flights and that is because ‘they are very good’. The top airlines are not leaders in their field for nothing and this is why they are always in contention for awards. The fierce competition from other top airlines means that each one striving to better their services and passenger experience.

Air travel has certainly moved on over the last couple of decades and with these changes has brought innovation. The services you now receive whilst on board the aircraft has multiplied, inflight and on board entertainment has increased and passenger comfort has improved considerably, regardless to which standard of class you are travelling in.

As previously mentioned, there a many different types of awards presented to airlines and these can be for best, Economy seats, Best catering, Best Business Class, Best First class, Best Airport Lounges, Most Exciting Destinations, Best Short Haul and obviously Best Long Haul Airlines, which can make things a little confusing. There are many different organisations who run their own awards or who vote which they think is the best airline for long haul flights. Newspapers often run their own surveys aas do magazines and travel companies but one of the most prestigious awards each year are: ‘The Skytrax Awards’.

Once again though, when you take a look at the awards and the top 10 airlines to either win or be nominated, you will see that the same airlines are always listed. With this being the case, you can be assured that if you were to book you’re a flight with one of the airlines that is in the list, you will probably have made a good choice.

There are many factors that determine how an airline is rated and each individuals’ needs and requirements are different. What one person thinks are the best airline of long haul flights may not be the choice of another. It maybe that someone has based their opinions on flying in Business whilst another persons’ opinion of the same airline was based on them flying in Economy. This is why you should look at their overall functionality and service of the airline as a whole and not just one specific area such as Business, First or Economy Class. It goes without saying that if two people fly on the same airline, on the same flight and one person flies in Economy and the other flies in Business Class, the person in Business Class will have a much better flight! So you should try to base your decision on factors such as:

Airline Staff On The Ground And In The Air

Below is a short list of some of the Best Long Haul Airlines hat are consistently voted for awards.

Please Note: These are in no specific order in term of the best:

As with many things in life, it all boils down to your own personal preference, requirements and budget.

Yes, you can take a look at the First Class and Business Class facilities for each airline and you can read the reviews and ratings of an airline based on them. If you can afford to travel in Business or First Class then that’s great but the majority of passengers flying on a long haul flight can’t. The reality is, if your budget can only buy you an Economy ticket, then you will need to make your judgement on the reviews and ratings from people who have based them on Economy Class.

You should book your airline on what it can offer you for your own budget and your own requirements during your travel. This said, there is no point opting for the cheapest flight, just to save a few pounds if it does not provide you with what you need. Remember, you will be on the aircraft for a long period of time and if you need WiFi, a plug socket, legroom, several meals or complimentary drinks during your flight then don’t scrimp and be miserable, pay a little more and fly with the best airline that your money can buy.

Most airlines have their own ‘Loyalty Programme’ and these are great to join, especially if you are travel long haul. Joining the loyalty programme of the airline to which yo are flying with not only allows you to collect your air miles (or equivalent) but it means that you can redeem them in the future. It also places you in a better position for upgrades and other benefits when flying with some of the best long haul airlines.