If you are looking for a unique, fun and exciting way to see the sights and attractions in the destination you are visiting, then why not try one of the popular ‘Segway Tours’. Segway Tours have certainly grown in popularity over the past few years and Segways, have now become a popular sight themselves, throughout many major tourist destinations and cities.

What Is A Segway 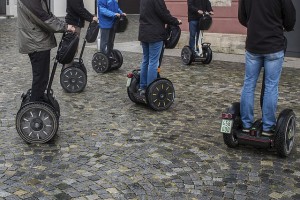 Basically, a Segway, is a two wheeled balancing scooter, that was originally launched in 2001 by Segway Inc. They were originally known as Segway HT, with the HT being an abbreviation of ‘Human Transporter’. Now it is referred to as PT, and the PT being an abbreviation of ‘Personal Transporter’. Since its launch in 2001, the Segway has been used by many different people and organisation including the Emergency Medical Services and Special Police forces during the Olympics. One industry that has really made use of the Segway, is the Travel and Tourism industry, that now takes full advantage of the Segway’s versatility and ability to enhance its easy use, to get around and have fun!

Why Choose A Segway Tour

Segway tours provide a different experience for exploring a destination, as well as being a fun way to take in the sights. Not only are they fun but they provide an easy way to cover a large distance without effort, which is a real plus point if you struggle with mobility or have any issues with walking long distances. Using a Segway is also a really good way to get your bearings, if you are visiting somewhere that is new. It will allow you to see a large area in a short space of time, which will then help you decide the places you would like to revisit and spend a little more time in.

Let’s face it, walking around a large town or city can be hard work, especially on a hot day. Even if you are with someone who knows their way around, it doesn’t alter the fact that you have to walk! A Segway, is the perfect solution for tired feet or a safe preventative for getting them!

How Hard Are They To Ride

Many people believe that riding a Segway will be difficult but are then really surprised when they find how easy it is. After the initial tuition and then a few minutes practicing on a Segway, you will have the hang of it and be ready to ride around your destination, taking in the sights you want to see.

If you are a complete novice and beginner on a Segway, then certainly do not let that put you off. All the tours are conducted by experienced guide, who will cater for all your needs and requirements. They will provide you with the tuition you need to get you started and ensure you feel confident and competent to ride the Segway, before you set out on the tour.

How Long Are The Segway Tours

Each tour is different and each city offers a different type of tour, which obviously means that the length of the tours vary. The majority of Segway tours, usually last between 1-3 hours, which is enough time to enjoy yourself, take in the sights and have great fun!

There are minimum age restrictions with the Segway tours and it is always best to ensure that whoever is in your party, are old enough to ride one. Obviously, this is important if you are travelling with children.

Depending on the type of Segway, there may be a weight restriction

There are now many different types of Segway tours and in a large number of towns and cities in numerous countries. Some of the Segway tours, take you to the most iconic sights and attraction in the world, in some of the most popular destinations. Below are just a few of the great Segway Tours, that are available in major cities and destinations, throughout the world. Be inspired and find the best deals and join in the fun of riding and sightseeing on a Segway!:

Watch The Videos Below Of Just A Few Different Types Of Segway Tours That Are Available: 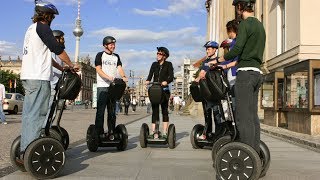 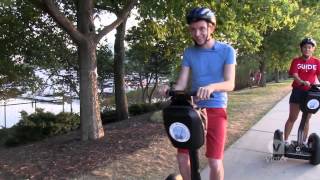 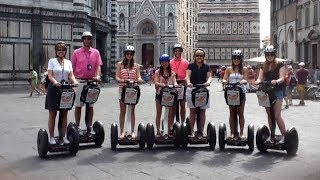 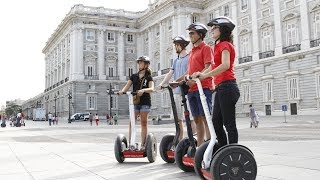 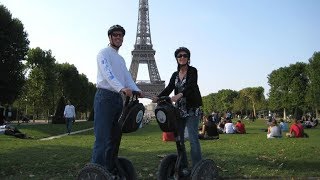 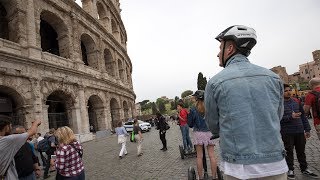 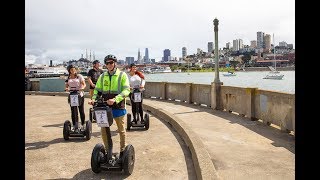 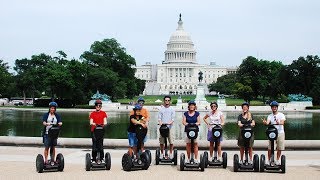 Brno: Brno With a Touch of History Segway Tour