The Wakhan Corridor In Afghanistan

The Wakhan Corridor is simply, a remote area of land, that is located in the North East part of Afghanistan. 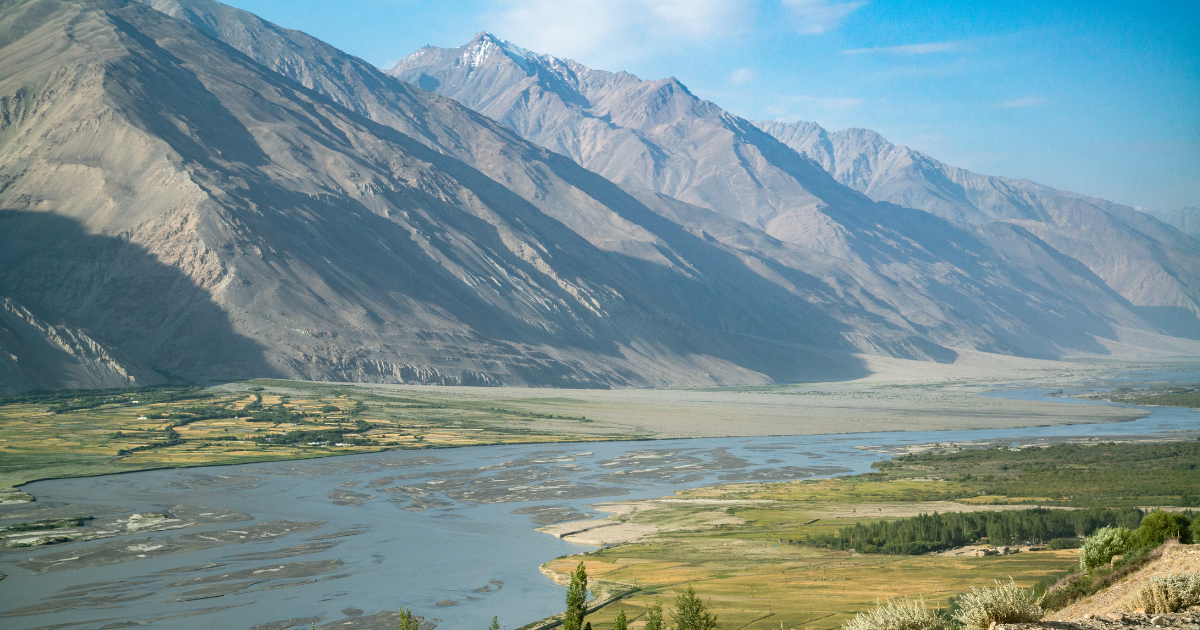 The Wakhan Corridor borders several different countries, which include China, Pakistan and Tajikistan.

Situated between the Pamir Mountains in the North and Karakoram Range to the South, is the strip or territory known as the ‘Wakhan Corridor’.

Both of which, provide beautiful and dramatic backdrops to the area.

Watch The Short Video and Guide:

Where Is The Wakhan Corridor:

The Corridor is located in a part of Afghanistan, which is known as the Badakhshan Province.

The Badakhshan Province, is one of the 34 provinces of Afghanistan, which shares a border with China, that stretches approximately 56 miles, (91 kilometers).

As well as stretching, all the way to China, the corridor also separates Tajikistan from Pakistan.

Known by many locals as the “roof of the world”, the Wakhan Corridor, has now become a popular destination for many explorers.

What Is The Length Of The Wakhan Corridor:

The length of the Wakhan Corridor, is approximately 218 Miles (350 Kilometers) long.

This 218 miles, (350 kilometers) long strip of land, provides a corridor which connects Afghanistan with China, as well as passes through the territory of Tajikistan.

What Is The Width:

The width of the Wakhan Corridor ranges between 7 Miles, (13 Kilometers) and 40 Miles (65 kilometers), at its widest point.

The narrowest point of the corridor is probably somewhere near the Western third of the corridor. At this point, as we mentioned previously, the width is approximately 7 Miles, (13 Kilometers) wide.

However, the Wakhan Corridor, then reaches its widest point, in the central part of the Wakhan, where it reaches up to 40 Miles (65 kilometers),in width.

At the Western entrance point to the Wakhan Corridor, close to the town of Ishkashim in Afghanistan, the Corridor is approximately 11 miles (18 kilometers) wide.

Travelling to the Wakhan Corridor is not easy and you really need to do your research and a lot of planning before attempting to travel there.

Safety is paramount when travelling to the region and you should ensure you travel via the correct channels. Using a trusted, experienced and reputable guide or Operator, where possible, is always advisable.

Firstly, in order to travel to the Wakhan Corridor, you will require several different visas. You will also need to inform different authorities about your travel.

Although still barely touched by tourism, the Wakhan Corridor has seen a steady increase, of visitors, over the past years. This said, the number of people that actually visit the Corridor each year, only amounts to several hundred.

As a result, The Wakhan Corridor, has mainly become a place for the more adventurous trekkers. The region is now a destination, that is advertised with a select few tour companies who offer trips

The whole area of the Wakhan, was designated as the protected ‘Wakhan National Park’, in 2014.

The history of the ‘Wakhan’, dates back many centuries and the area was not always closed, as it is today.

In fact, it was actually part of the Silk Road, which formed a trade route linking it to other countries.

Alexander the Great and Marco Polo are just a couple of Explorers, who are believed to have travelled the Corridor in the 13th Century whilst on their way to China.

The area was always an integral place, at which countries met but in 1873, an agreement was reached between Britain and Russia.

Then, in 1893 an agreement between Britain and Afghanistan meant that both the Panj and Pamir Rivers, created a border. This border was between Afghanistan and the Russian Empire (which is now, Tajikistan).

The 1893 agreement, known as the ‘Durand Line’ Agreement signified a boundary, which was a narrow strip of land, between British India and Afghanistan.

The borders were actually closed in 1949, restricting movement between countries.

The narrow strip of land was in place to act as a buffer zone, between the countries and later became known as the Wakhan Corridor!

The Wakhan Corridor now shapes the panhandle of the region in Afghanistan, known as the Badakhshan Province.

The Wackhi, Kyrgyz and Pamiri people now inhabit the region and trade their produce with other countries and regions of Afghanistan, to earn a living.

The semi-arid conditions to which the corridor experiences, allows them to grow such things as: Wheat, barley, Apples, Apricots, Potatoes, Peas and more.

So, in conclusion here is a quick recap and summary of the Wakhan Corridor.

The Wakhan Corridor, is certainly not your normal travel destination! Due to this fact, you really should do your homework if you intend visiting the region.

You should try to do your research and listen to people who have travelled to the area. Try to gain as much information as possible from these people. It will save you so much time, stress and money in the long run.

You should ensure you know exactly which document you will need to gain entry into the Corridor. Then make sure you have them before travel.

We hope you found this short guide to the Wakhan Corridor beneficial and please don’t forget to subscribe to our FREE Newsletter, to ensure you you save even more money in the future: Subscribe FREE Today!