A Basic Guide To Australia 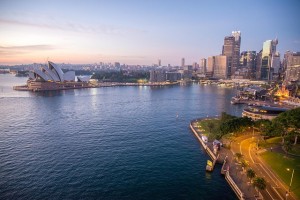 About Australia: Australia is definitely one of the top destinations in the world and is certainly a country that many people wish to visit. It is the sixth largest nation in the world and is the only nation that governs a whole continent. This short guide is designed to provide basic information and facts about Australia and hopefully will help in your search for finding out more about the country.

Visa: If you intend travelling to Australia from the UK, you will be required to present a Visa upon entry to the country. This means that it is essential you have all the correct papers and Visa documentation in place before you travel. There are two types of visa available and they are the eVisitor visa which you can get direct online from the ‘Department of Immigration & Border Protection’ and the Electronic Travel Authority (ETA), which you can get from either your travel agent or airline.

Location: Australia is located in the Southern part of the Pacific Ocean

Population Of Australia: Approximately Over 23 Million

Language: English. However there are over 200 different languages and dialects spoken in Australia.

Time Zone: Please note that the following are the standard time zones without ‘Daylight Saving Time’ but these time zones will differ accordingly when the UK clocks are put back and forward.

Climate: Due to the vast size of Australia, the climate varies depending on which region you are visiting and there isn’t one single Seasonal calendar for the whole of Australia but there are climatic zones. These climatic zones are simply defined into two specific main zones known as the Temperate Zone and the Tropical Zone. This means that the seasons will change depending on where you are or what region you are visiting in any set month. The mountains in Southern Australia can experience temperatures below freezing whilst areas in the North-West of the continent such as Kimberley can experience intense warm weather.

A More In Depth Explanation Of The Climate Can Be Found On The Following Page: Climate In Australia

Things To See And Do: Where do you start listing the things to see and do for a country so big as Australia? Mountains, Waterfalls, Reefs, Jungles, Beaches, Cities, Buildings, Museums, Landscapes, Australia has it all!

The Queen Victoria Market (From food to clothing)

Theme Parks: Australia has certainly built up a reputation for having its share of good theme parks and the following are just a few of the most popular:

Shopping: Many major city in Australia have great shopping malls and bouiques, so if you enjoy shopping, you will not be disappointed with what is on offer in Australia.

Golf: There are more than 1800 golf course throughout  Australia.

Hotels And Accommodation: Australia has a large amount of accommodation on offer to suit all tastes, requirements and budgets. For the best deals it is always advisable to book in advance if possible.

Restaurants: As you can imagine, each major town and city throughout Australia has a number of restaurants offering a wide range of cuisines.

Nightlife: Australia certainly has is fair share of pubs and clubs. Obviously the major nightlife can be found in the larger towns and cities throughout Australia and the popular holiday rsorts and destinations.

Money Saving Tips: If possible book everything in advance such as flights, hotels, car hire

Hostels: Backpacking across Australia is very popular and there are many hostels available throught Australia offering cheap alternative accommodation.