How It Will Affect You?

Passengers flying into the UK from certain Middle East and North African airports will now face a ban from carrying electronic devices on board planes in their hand luggage. 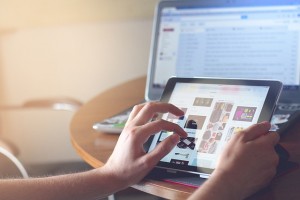 Why Has The ban Been Enforced

The British Prime Minister Theresa May had been in a series of meetings with Aviation Security and as a result of the latest meeting, she had ordered the laptop ban on UK flights from certain countries with immediate effect.

Although the Government has not given any specific details on why it has imposed the ban, it is believed that the new ban comes after Security Services uncovered new Security threats.

The UK Government announced the new ban on electronic items being take on board the cabin area on aircrafts on Tuesday 21 March 2017 amidst new growing Security fears over terrorist threats and after a similar security ban had been enforced by the US.

“The safety and security of the travelling public is our highest priority.

“That is why we keep our aviation security under constant review and put in place measures we believe are necessary, effective and proportionate.”

Which Countries Does The Ban Apply

Flights to the UK from the following countries will all now have the ‘Laptop’ ban imposed.

Which Airlines Will Be Affected

Currently, there are several UK airlines which will be affected by the new ‘Laptop’ ban on planes and passengers flying with British Airways, Easyjet, Jet2, Monarch, Thomson and Thomas Cook will not be allowed to take certain electronic devices on board the plane into the cabin in their hand luggage.

There are also other non UK airlines that will be affected by the introduction of the new ban and these are Atlas-Global, Egypt Air, Middle East Airlines, Pegasus Airways, Royal Jordanian, Saudia, Tunis Air and Turkish Airlines.

Each airlines will be responsible for enforcing the ban and they will be required to inform passengers at the check-in desks or prior to check-in as to whether they will need to put their electronic devices in the hold.

The US ban is a little different to the UK ban on electronic devices on flights and the US restrictions apply to flights from 10 airports in eight different countries.

There are currently 9 airlines that will be affected and they are:

The Laptop ban on flights to the UK will undoubtedly cause huge disruption to passengers, airlines and at Airport Security in countries where the ban is imposed. However, despite the huge disruption that it may cause, it is best that the safety of the travelling public is paramount and checks are being carried out.

What Electronic Devices Will Be Ban On Board Aircrafts

At present, the ban covers all electronic devices that are larger than:

This means that all electronic equipment and devices such as laptops, tablets, Kindles (and other eReaders), portable DVD players and handheld game consoles will be included in the ban and wil not be allowed in the cabin of the aircraft and will have to travel in the Hold.

At present, there has not been a date or period of time set to when the ban will end. The US has said their ban will last seven month before there will be a review on the ban.

Obviously, if the ban on electronic devices on planes affects you and you are required to place your electronic items in the Hold, you should consider whether it is essential to take them with or not. If you are travelling on business, then you will probably need to take them with you but if you can do without, it might be the safest and wisest option.

If you are travelling on any of the airlines or travelling from any of the countries mentioned above to the UK and you are concerned, it is advisable to contact the airline to which you are flying with prior to your travel dates. Ask then if the ban applies to you and if so, what is the best action to take regarding travelling with your electronic device on the aircraft.

If you require more information regarding new Aviation Security measure and the latest information on the ban on electronic devices on planes to the UK, you can read more on the following Government website page:

This ban is one that will affect many people that are travelling in the future and just like you, they may be a little unsure as to what the new ban on laptops, iPads and tablets entails. Please like this page and help others understand the ban.